Welcome to your September newsletter. In this issue, we’ll look at how the return to school and university has gone, plus plans within education to embrace a ‘new normal’ for the autumn / winter as the R number continues to rise in the UK. The benefits of blended learning, playing school sports in ‘bubbles’ and limiting university socialising to ‘households’ are just some of the concepts that may never have crossed our minds this time last year! 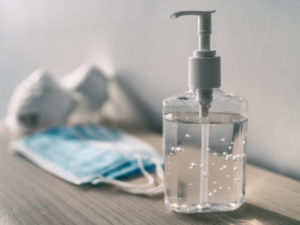 The Guardian newspaper flagged up the chasm between testing capacity in state versus independent schools in an article on Sunday (20th Sept). Independent schools are opting to arrange their own private testing procedures in order to keep schools running and students, who test negative, in school.

Across the UK it’s estimated that one child in every 20 is currently having to self isolate because they’ve presented with possible Covid-19 symptoms but are unable to access a test. Some independent schools are offering private testing to avoid this problem. Eton tested all staff and students at the start of term and Benenden, a boarding school in Kent, has purchased its own rapid testing machine which provides a result within 90 minutes. 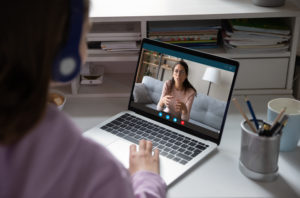 As the name suggests, this approach to learning combines elements of face-to-face learning with distance learning done online. A review of more than 1,500 studies carried out by academics at the University of Dundee and a Glasgow-based psychologist suggests that “digital technology is almost always superior to traditional instruction”.

However, the researchers stress that the application of this technology, and the way it’s combined with more traditional classroom-based learning, is crucial. For optimum results, they recommend pupils only being required to work online, remotely, for short periods of time – interspersed with face-to-face instruction ‘in person’. One of the researchers, Professor Keith Topping, explains: “Working from home in the morning and going to school in the afternoon is the most sensible way of doing it because then the children can absorb the information in the morning and discussion and consolidation can take place in the afternoon.”

That model doesn’t fit the plans some state schools had for mitigating the spread of Covid-19. For example, Scottish councils had been formulating back-up plans (in the event of a second spike) for primary age pupils at state-run schools to spend two consecutive days learning from home each week, followed by two days in school with teachers each week, but allowing for a day in between to deep clean schools.

It’s really interesting – and no huge surprise – to hear that digital technology can enhance a pupil’s education when used wisely. As we’ve said before, it enables teachers to personalise learning to an individual’s abilities, preferred styles of learning, goals, etc. At the same time, it promotes a work ethic and level of autonomy and self-sufficiency that will stand all students in good stead for their educational career and beyond.

You can read the review here.

You may have heard of this resource, provided by the BBC, to support pupils from Key Stage 1 to Key Stage 4 (Year 1 to Year 6 of primary school). It pre-dates Covid-19 but it came into its own this spring and summer – giving parents and pupils alike the means to learn in easy-to-grasp, ‘bite-size’ chunks, all in line with the national curriculum for each subject.

Now the BBC has developed its offering to support students keen to catch up on learning they might have missed during lockdown. It’s also billed as a back-up for parents, teachers and pupils should schools face further closures. You can get a feel for what it offers here.

And don’t forget – in terms of catching up – that we can offer subject-specific tutoring as well as bespoke recommendations for your child based on an in-depth analysis of their abilities and aspirations. Get in touch to find out more.

The importance of sports 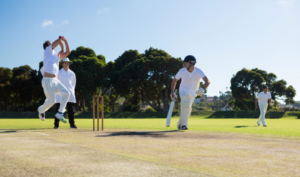 It’s great to hear that sports have re-started in UK independent schools, with teams playing within their year group bubbles to minimise risk. Getting physical exercise, especially out in the fresh air, is vital to our physical and mental health – especially during the strange and stressful times we’ve experienced over the last six months. It’s reassuring that this message is reflected in the UK Prime Minister’s ‘rule of six’ (as of 21st September).

New laws have been passed in the UK to make it illegal for groups of more than six to gather socially indoors or outdoors. But team sports (and work and education) are exempt as long as they can prove they are operating in a Covid-secure way.

Team sports at independent schools offer another benefit beyond health and wellbeing.

“It’s no coincidence that a third of Britain’s medallists in the last two Olympic Games were educated in independent schools.”

Millfield School in street, Somerset is probably Britain’s best-known specialist sports school, with around 50 alumni every year achieving international selection in athletics, cricket, modern pentathlon, polo and swimming. But plenty of other independent schools have achieved worldwide renown and turned out sporting greats in sports such as cricket, rugby, tennis and rowing too. 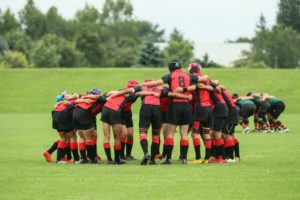 Rugby – so-called apparently because a pupil at Rugby School picked up the ball during a game of football in 1823 and the distinctive new game was born! – is dominated by schools like Sedbergh. This co-ed school in Cumbria isn’t huge, but it produces more than a dozen rugby teams in a typical season and has produced England captains Wavell Wakefield, John Spencer and Will Carling.

As well as the famous scientists (Charles Darwin), poets (Sir Philip Sidney), comedians and satirists (Monty Python’s Michael Palin and the founders of Private Eye Magazine), Shrewsbury School excels in producing sporting greats in cricket, rowing, athletics and football. Two alumni played a part in establishing the rules of association football in 1856. And the school’s cross-country team is the oldest running club in the world, winners of many national titles and mentored by Kenyan great John Ngugi.

“With the growing stresses of academic work, we are seeing the value of sport as not only a release but a chance to enjoy yourself outside lessons,” he explains. “It helps develop teamwork and leadership… the older lads playing in the university sides… have very busy lives and their CVs prove they can manage their time well, communicate and multi-task, which really boosts their employability.’

“The transferable skills our students gain from high-level sport are just as important: dealing with failure through developing resilience and learning to bounce back, as well as discipline from regular training and respect for other people. All these are applicable to business and the world of work and produce fully rounded human beings.” 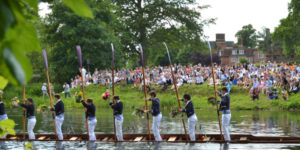 Have a look back at our May 2019 Blog and our blog from this time last year for insights into the rowers who make the Oxbridge Boat Race teams and why all-rounders stand a better chance of success in our interconnected world.

Whether you want to achieve sporting greatness, or simply let off steam and forge lifelong friendships, there’s no denying that playing sport at school gives you access to some unique opportunities. Scholarships to the best universities in the world; access to world-class training facilities and coaches. But also another way to establish the all-important networks that can help your prospects in all areas of life and work.

In our October 2019 blog, we looked at an article in The Economist about The Rugbeian Society: a club comprising former pupils of Rugby School. Its current president, entrepreneur Gareth Lloyd-Jones, recalls the leap of faith one investor made 23 years ago because of their shared experiences.  Based on little less than his sporting prowess at school, this fellow Old Rugbeian was willing to (in his words) ‘gamble on’ him when he was trying to float his company on the stock exchange.  Now the society has launched an app for alumni designed to make, as the Economist puts it, ‘such connections less coincidental’. It’s a good example of how digital technology and the benefits of sport collide – and UK independent schools know how to harness the power of both brilliantly!

Of course, playing sport competitively at school not only increases your chances of making the top teams there – but it can also give you access to a wider range of university choices.

With universities primed to take a tiered approach* to student and staff safety this term (and, let’s face it, the safety of whole counties, countries and even continents if students plan to return home this Christmas), playing sport could be one way to extend your social circle this term!

Tier one, the default position:

a mix of face-to-face tuition and online lessons

face-to-face tuition only where possible and necessary – for example, clinical or practical learning or research

face-to-face tuition for priority courses such as medicine only

students advised not to return to family homes 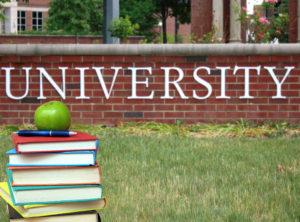 Students returning this academic year face a strange mix of online lectures, obligatory face masks in face-to-face settings for smaller tutorials, socialising sometimes limited by the rule of six to ‘household bubbles’ plus strict curfews on their socialising.

If you aren’t part of this cohort, or you decided to defer based on A Level results or all the uncertainties that marred the last academic year – then keep an eye on the key dates.

Students applying to Cambridge or Oxford will have a shorter time frame than their peers. UCAS applications for Oxbridge close on 15th October 2020 – along with many medical, veterinary and dentistry courses at other universities.  If Oxbridge or medicine/veterinary don’t feature on your child’s university wish list, then you’ll have until 15th January 2020 to complete and submit the UCAS form – although entry is open and you can submit it now if you wish!

inews has published a thought-provoking piece about worldwide university rankings: Oxford retains its top spot for the fifth year running, despite the uncertainties caused by coronavirus and Brexit, which are blamed in part for some UK universities’ drop in position.  Read more here: https://f7td5.app.goo.gl/fN3h3Q

And the Times published its annual Good University Guide this weekend. It’s compiled using a combination of data including entry standards, student-staff ratios, completion rates, first-class and 2:1 degrees and graduate prospects. This year, as well as ranking institutions, the Times and the Sunday Times have identified the centres of excellence in 67 subjects. In this ranking, Cambridge performs best, rated top in an impressive 32 subjects across the sciences, modern languages, classics and humanities, with Oxford rating highest in five subjects (economics, English, linguistics, medicine, psychology) followed by Glasgow and Loughborough each with four top-scoring, generally less traditional, subjects. You can subscribe online for the fully interactive, digital version of the guide.

Talk to us about the timings, options and best route to choosing and securing a place to study your preferred degree at the university of your choice.

Until next time… take care and keep well.