October 2019. The importance of connections. The all NEW old boy network.

Welcome to your October issue.  The ‘season of mists and mellow fruitfulness’ is finally upon us.  When the English poet John Keats wrote those legendary words 200 autumns ago, he would never have guessed they would become synonymous with the season for so many.  Taking Keats as our theme for this issue, we’ll be exploring the importance of connections, networks and alumni to a successful career and discussing why independent schools seem in such a strong position to provide them. 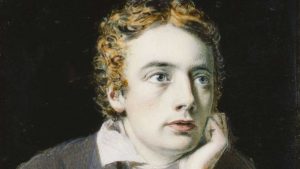 Keats was part of the second generation of Romantic poets.  Alongside Lord Byron and Shelley- and influenced by the ‘founders’ of the Romantic Age in English literature, Wordsworth and Coleridge – his poetry was often inspired by nature and always impelled by emotion.  So it might surprise you to know that Keats trained and qualified as a medic in 1816.  He studied at the world-famous Guy’s Hospital (now part of King’s College London) and was eligible to practise as a physician, apothecary and surgeon.  But he chose poetry.  It’s reminiscent of the great generalists we discussed in last month’s blog; legends like Leonardo da Vinci who mastered engineering and art.

Sadly, he died a young, penniless poet, aged just 25, consumed by tuberculosis, having nursed his youngest brother until his death from the same disease.  The sad truth about Keats is that he stood to inherit the equivalent of £200,000, left in trust to him by his late parents – but no-one ever told him.  He never claimed the money and he died in debt.

It was his network of ambassadors that led to his work being published at all, alas, after his death. As a result, the quoted above poem is now deemed ‘one of the most highly regarded poems in the English language’.

The importance of connections

It’s no secret that a personal recommendation is a powerful thing.  In today’s competitive market place of companies clued up in PR, sometimes all that sets one supplier apart from another is a referral from a trusted source.  If someone you know – whose opinion you respect and trust – recommends a particular person, then the best CV in the world is unlikely to override that.  Taken at face value, there is no reason why that is a bad thing.  In some cases though, as in Keats’, prejudice and possibly fear of change sneak in.  One 1818 reviewer coined the phrase ‘the Cockney School’ for Keats and his circle.  It was an intentionally derogatory phrase, designed to highlight two things about Keats that didn’t sit comfortably with his critics.  Firstly, neither Keats nor his poetic friends had attended Eton, Harrow or Oxbridge. Secondly, and as a direct consequence in their minds, Keats and co were ‘deemed uncouth for their lack of education, non-formal rhyming and low diction’.  This view captures the essence of all that’s bad about networks – (rather than celebrating all that is good!) 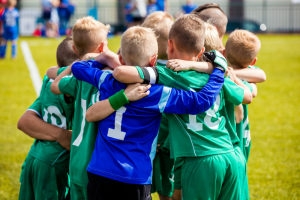 This phrase is often used in a slightly derogatory, judgemental fashion, usually by people who are not part of it! Defined as ‘a system by which men who went to the same school or college, who are members of the same club, or who know the same people, use their influence to help each other’, the ‘old boy network’ refers primarily to those educated at the fee-paying independent schools or at Oxbridge.  However, it does sometimes take on connotations beyond this sphere, and the phrase has attracted nuances of nepotism.  Not just promoting people beyond their capability or suitability, because they belong to a certain group, but also vice versa.  The danger then is that, as in poor Keats’ case, genuine ability is overlooked in favour of ‘membership’. You hear the phrase ’it’s not what you know, it’s who you know’.  The best networks are those that recognise ability and suitability and are able to connect people to create mutually beneficial relationships.

The all NEW old boy network

The Economist recently published an article called ‘The new old boy network’.  It discusses the official platforms that have been developed by alumni, to maximise the benefits of connections and networks amongst fellow graduates from certain UK schools, colleges and universities.  The Rugbeian Society is a club comprising former pupils of Rugby School. 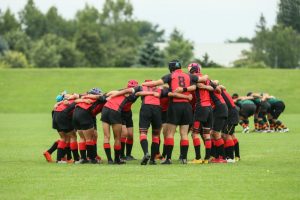 Its current president, entrepreneur Gareth Lloyd-Jones, recalls the leap of faith one investor made 23 years ago because of their shared experiences.  Based on little less than his sporting prowess at school, this fellow Old Rugbeian was willing to (in his words) ‘gamble on’ him when he was trying to float his company on the stock exchange.  Now the society has launched an app for alumni designed to make, as the Economist puts it, ‘such connections less coincidental’.

According to the Economist, around 777,000 graduates entered the job market last year – half a million more than two decades ago.  In a saturated market, where it’s far harder for alumni from top schools and graduates from top universities to walk into top jobs simply because of their CV, these digital networks that connect alumni are proving invaluable.  The Rugbeian Society runs 19 internships with 14 companies.  One of its members, who credits the society with helping him secure his current job, believes school ties forged during our most formative years tend to outweigh connections made later on.  And as more overseas’ pupils than ever before are choosing an education at the UK’s top independent schools, online platforms are by far the most effective means of re-connecting former pupils. Today, around half the private UK schools and most universities (LSE Business School internal network is a famous example) are running online alumni networks.

Helping to build that all-important network

We know that for many international students, especially those who start their UK education later, perhaps, past their formative years, aged 15 and over, it can feel like an insurmountable challenge to fit in and make friends.  It’s tempting to give up trying and simply focus on your studies. But as Gareth Lloyd-Jones points out in the Economist article, it’s often through extra-curricular activities like sport that the strongest connections with long-lasting impact are formed. 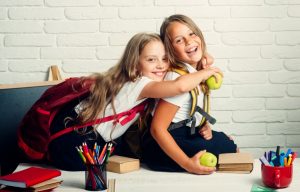 To maximise the potential of these networks, it’s crucial that students, while at school, invest time and energy in forging friendships through as many clubs and extra-curricular interests as possible.  Independent schools offer a huge range of activities so there will always be something to suit every taste.  Through our guardianship service, we offer advice and guidance to pupils and their parents on how to adapt to this new environment and make the very most of all it has to offer – both now – and in the future.  Please give us a call or drop us a line to find out more.

Make the most of your membership!

The old adage that such networks are elitist is no longer a self-fulfilling prophecy.  Recognising the power of personal recommendation and shared experience, a charity called Future First helps state schools set up thriving alumni communities too. Having access to relatable role models not only inspires students and broadens their horizons, but also gives that crucial edge when it comes to securing opportunities.  As Future First acknowledges on their website, the UK’s independent schools have ‘for generations… effectively harnessed the talent, time and support that former students can offer’.  When you join this club, not only do you have access to the best all-round education the UK has to offer, but also to a dynamic network of influential ‘referees’. 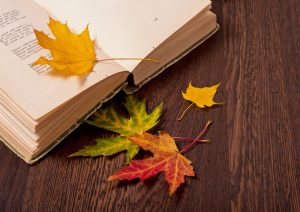 Although Keats wasn’t a member of the club, two of his greatest champions were Eton-educated: lawyer Richard Woodhouse and fellow poet Percy Bysshe Shelley.  In a society where connections and class often outstripped ability – it was hard for Keats to make his mark.  When he knew he was dying, he famously remarked in a letter to a friend that he had ‘left no immortal work behind’.  History proved him wrong of course – now he is one of the most studied and admired British poets – but 200 years on it’s still the case that if showcasing your talent involves disrupting the status quo and you have no-one to commend you, you face a double challenge.  Having access to a network that understands your motivation, shares your vision and can vouch for your ability can make all the difference.

If you’d like to discuss how an education at a UK independent school could be the springboard for your son or daughter’s success, please get in touch for a free consultation.