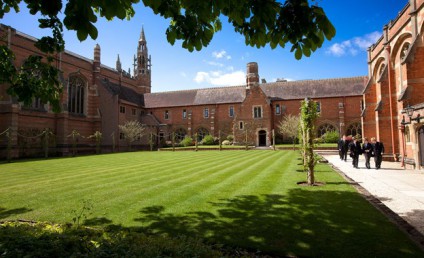 July. Last week of school for some, for others the school year has already finished!

I am sure you can’t wait to spend the summer with your children. Many of you have booked the summer schools in the UK for their children– language, academic and activities. Hope the weather in the UK keeps lovely and sunny. Last minute bookings for the summer camps are still available for second half of July to beginning of August. Do ask if interested.

As you will have heard, the UK had been through a bit of a shake up recently with the Brexit referendum. The vote took place just over two weeks ago, on the 23 June, and still the only thing we hear on the news here is the discussions and debates about Brexit. Only time will tell, but what is clear now is that Great Britain is facing a lot of uncertainty that is likely to continue for several years to come. It seems that the British public is rather split, with London, Cambridge, Oxford, Bristol, Northern Ireland and Scotland all in favour of staying in the EU, whilst Wales and most of the rural parts of England have voted out. I hear that Wales has now changed their mind and wants to remain!

75% of voters of 24 and younger, mostly university students, were in favour of staying in the EU. But, what does Brexit actually mean for education?

Many university representatives including some of the vice-chancellors from Universities UK have made public statements after Brexit, their main concern is that the reputation of Britain as a global leader in higher education could be harmed. But they were reassuring that the British universities will continue to embrace staff and students, academic and business partnerships across the world just like they have been doing before.

Until Britain formally leaves the EU, if ever, in at least another 2 years, all the aspects of applying and studying at a British university will remain the same.

Even though the UK was never part of the Schengen zone, some worry that movement of people will become more problematic, perhaps at least for families and friends of those studying in the UK. After all immigration was one of the main reasons people voted leave.

These are just some of the issues that surround the topic of education, but since politicians have not given the public any clear plans for future, the people are left to ponder in a time of uncertainty.

On a more positive note, let’s continue our series about the best and most famous British public schools and have a look at some interesting facts about Rugby School and Radley College.

Today Rugby School has 810 students, both girls and boys (became co-educational in 1995), 10% of whom are international students.

By 1845 ‘Laws of Football as played at Rugby School’ booklet was created. Now Rugby is a global sport played in many countries such as South Africa, Japan or Georgia. Interestingly, in 1820 the game of Rugby used to be played very much like what we now know as football or soccer, but the players were allowed to catch the ball and then kick it out of their hands. There were also no limits on the amount of players on each side in the game.  Apparently, once when Queen Adelaide visited the school there was a game in which one side had 75 players and the other 225! Some games would even last up to 5 days.

Radley, Oxfordshire    ‘Be as wise as snakes, as gentle as doves’

At Regency Education we guide you through the complexities of the British education, finding the best possible solution for each individual child. Please get in touch if you would like to talk about school or university applications, guardianship, academic mentoring or tutoring. We also help finding summer schools and short courses for children and for adults in the UK.