Welcome to your first update of 2022. I hope you and yours were able to enjoy your Christmas break and usher in the New Year with a sense of purpose and positivity despite all the uncertainties that still prevailed at that point!

Continuing the theme of positivity, we’ll look ahead to some right royal celebrations this year, with both Cambridges celebrating their 40th birthdays in 2022 and HRH Queen Elizabeth II marking 70 years on the throne with a series of Platinum Jubilee events.

Still on the theme of royalty, we’ll hear from the Afghan refugee studying alongside European Princesses at UWC Atlantic College in Donat Castle, Wales, and how he is using his experience to improve access to education for others. The app he’s leading on helps refugees learn the language and culture of their host country. And he has plans to launch an online academy with interactive content for people who might not otherwise be able to access education.

And whilst online learning is infinitely better than not being able to learn at all, we’ll look again at two separate studies that emphasise the benefits of a blended or hybrid approach to learning and working, combining the best elements of remote and in-person access to both the office and the classroom.

Afghan refugee Abobakar Sediq Miakhel is studying alongside the Princesses of Spain and the Netherlands at UWC Atlantic College in a grade 1 listed castle in Cardiff. His is one of 20 extra places created for Afghan refugees at United World Colleges’ 18 schools, which already offered places free-of-charge to displaced young people. Pupils at the 12th-century castle study an IB diploma that focuses as much on addressing community needs and physical hard work as it does on academic achievement. 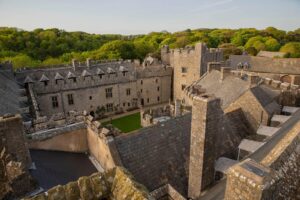 Abobakar initially sought asylum in Belgium with his family. He taught himself French and found it hard to integrate socially, although he worked hard to catch up academically. The idea behind the app for refugees that he’s working on is inspired by his own experience of resettling.

He’s studying how hydrogen can be extracted from seawater to create sustainable technology, and he’s keen to study physics at university. But he also wants to launch an online academy. His vision is that users could access interactive content at a pace that suits them, and he has in mind particularly the girls of his homeland, excluded from school.

His is an inspiring story and he’s using his skills and opportunities to ensure others can access education and build a brighter future for themselves and their families too.

More info about the school*:

The Palace marked Kate Middleton’s 40th birthday on 9th January by releasing three stunning photos of the Duchess, captured by Paris-based Italian fashion photographer Paolo Roversi in a shoot at Kew Gardens, London, last November, that he describes as ‘a true honour’ and ‘a moment of pure joy’. In a year of sadness and upheaval for the Royal family, Kate has been a beacon of positivity and reliability. Embracing her role, she seems at once completely accessible – and yet wisely aware that the mantra ‘never complain, never explain’ is a good one to adopt where royalty and the media meet.

The charities she works with report how personally involved she is, how carefully she prepares, and how sensitively and empathetically she interacts with their beneficiaries. She’s utterly regal but totally relatable somehow. And Roversi has captured both these sides of her character.

The former Marlborough College student has always been renowned and respected for her patience, and her calm, measured approach to big life events and her royal duties alike. During the last decade, since she married William in a Westminster Abbey service watched by 17.6 million worldwide, her quiet, empathic confidence and strength of character has helped her maintain her role as wife and mum and her huge popularity as a Queen-in-waiting and ambassador for positive change.

Buckingham Palace earlier this month unveiled the full line up of activities planned to mark the Queen’s 70-year reign. Among the long list is a pudding competition inviting people to create a dessert celebrating her 70 years of service, a performance featuring 500 horses and 1,000 performers at Windsor Castle, the traditional Trooping the Colour on 2nd June (the Queen’s birthday and a bonus bank holiday in the UK), followed by a special service at St Paul’s cathedral on 3rd June (also a bank holiday, instead of the usual last-Monday-in-May bank holiday). Members of the public are also invited to submit their own candid photos of the royal family to feature alongside official shots in an exhibition at Kensington Palace from 4th March entitled ‘Life through a royal lens’.

As well as these events, there’s a Platinum Jubilee City Status competition, where 39 locations, further flung than you might expect, are vying for city status (cathedral not necessary). Find out more about the locations in the running here.

We’ve been talking a lot about how pupils are able to access education – how embracing the latest digital technology can give students an all-round improved learning experience. But it’s not just about the ‘how’ – the ‘what’ is equally important. Sometimes the curriculum itself needs a dust off and shake down to bring it up to date.

The UK government is due to unveil proposed changes to the history curriculum later this year, but independent schools can use their relative freedom to update what they teach at their own pace. For example, teachers at the Oasis Academy Trust already discuss the toppling of the statue of Edward Colston and the acquittal of the Colston Four in their lessons. While pupils at St Dunstan’s College in southeast London discuss everything from James Bond to Meghan Markle and Kate Middleton as they explore ideas about acceptance and equality. Some independent schools have also updated their reading lists to include modern classics rather than their 20th-century equivalents.

Works of literature will always reflect the time in which they’re written. Therefore studying them in context can give us a vital insight into timeless topics that affect humankind. But the context is crucial – without modernising the framework for discussion, we risk misleading and alienating the next generation of students.

Hybrid learning is the way forward according to Imperial’s students 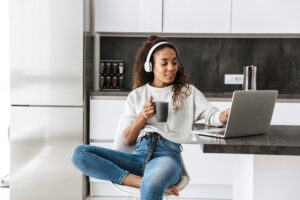 We were interested to read that a 2020 student survey shows Imperial College undergrads loved the new approach to learning that was on offer during lockdown. Imperial leapt 80 places up the student satisfaction rankings, at a time when so many students were frustrated by the remote experience of university they hadn’t signed up for.

Imperial says the success was down to lecturers considering how to make virtual learning exciting, rather than simply moving traditional classes online, something stakeholders in the independent school sector have reflected on too. For example, one of Imperial’s earth scientists collected data from worldwide locations to create a virtual, 3D field trip. Other departments packed and posted ‘lab-in-a-box’ kits to students, so they could (safely) replicate laboratory experiments at home.

Even as face-to-face lectures, lab-work and seminars could resume, students enjoyed the flexibility of continuing to access some aspects of their learning online. And Imperial says disabled students’ grades have improved since they’ve been able to learn remotely.

Delivering a hybrid degree is harder for lecturers – but students’ expectations remain high, having experienced the benefits of a dual approach first-hand when Imperial was forced to make a virtue of necessity during lockdown.

Could the same apply to the workplace?

Research published in the Journal of the Royal Economic Society last month suggests our best work happens when we’re ‘in person’ at the office. Researchers at the Rotterdam School of Management in the Netherlands analysed over 200,000 moves made by world-class chess players, comparing those playing online with those competing in-person at ‘live’ tournaments. Their findings showed the quality of moves made by those in the ‘real life’ environment was significantly better than those of their online counterparts.

‘So what?’ you might say – that’s chess. But the argument is that many elements of the game are mirrored in the office workplace. Time pressures, analytical thinking, strategic moves and a clear, logical, precise plan that stays one step ahead – but which can also be agile, and can adapt and respond to surprise.

Doing all this face-to-face instead of remotely enables the key ‘players’ to pick up on subtle clues that make them more effective. Communication is better, quicker, and more efficient. Information shared and collaboration facilitated more easily.

This isn’t the first study to suggest that remote working might not be as productive and efficient as we’ve assumed. Many people admit they are more easily distracted at home, and others miss the buzz of the office camaraderie. Even pre-pandemic, researchers knew loneliness significantly affected cognitive ability. A Cambridge University study conducted in 2015 found that greater loneliness was linked to lower cognitive function.

Studies from the Chartered Institute of Personnel and Development (CIPD) suggest the best solution is hybrid working – a mixture of in-office days and working from home. Some autonomy, and mutual trust, has been shown to boost productivity and morale. And ultimately, it’s about offering people flexibility and choice. Once we’ve had a taste of that – it can be hard to give it up – as Imperial’s experience proves.

Cary Cooper, professor of organisational psychology at the University of Manchester, and co-author of Flexible Work: Designing our Healthier Future Lives, echoes what the Imperial students seem to be saying: this hybrid working is the way forward.