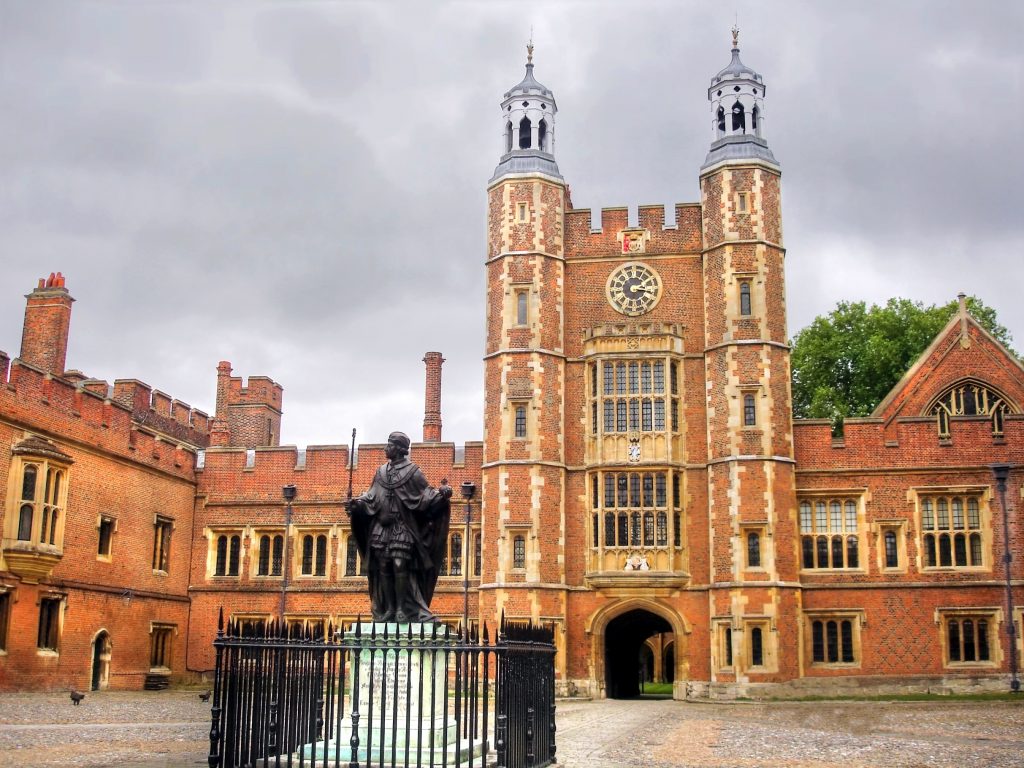 Inspiring leaders – how do UK independent schools do it? Exam results days.

Welcome to your August edition of our newsletter.  In this issue we’ll be touching on politics as we explore what it is about schools like Eton that prepare graduates to excel in their chosen field.  Boris Johnson is the UK’s 20th Etonian Prime Minister. What are these schools doing to attract or create such illustrious alumni?  And, as pupils await their GCSE and A Level results, we consider next steps and explain the clearing process.

Inspiring leaders – how do UK independent schools do it? The best-known independent schools in the UK are Eton, Harrow and Winchester. Their reputation and appeal stems from several sources.

Amongst Harrow’s alumni (known as Old Harrovians) are several Governors of the Bank of England; Ambassadors to Russia, USA and Europe; a number of Attorney Generals (chief legal advisers to the Crown) and numerous Members of Parliament.  Winchester College has a hugely diverse range of alumni excelling in their chosen fields, from poets, sculptors and literary critics to Nobel Prize-winning scientists and world-class rowers.

Long history steeped in tradition; consistently strong academic results and successful alumni; a broad education that instils confidence and self-belief.  Eton dates back to the 15th Century, although it’s not the oldest UK independent school.

The Etonian uniform upholds and denotes tradition, comprising a black tailcoat (or morning coat), black pin-striped trousers, black waistcoat, well-polished black shoes, a false-collar and a white tie.  The school doesn’t have the very top exam results, but it does inspire leaders.

Eton has produced 20 British prime ministers—Boris Johnson being the latest addition. Britain’s poshest school, is trying to reinvent itself as a meritocracy https://t.co/VzKLW1Ds1r From the @1843mag archive

Current UK Prime Minister Boris Johnson is the 20th Old Etonian to rise to that prestigious (and highly pressurised) position.

We talked about rowers – specifically those who participate in the Oxford / Cambridge Boat Race – in a previous blog. We discussed how the crews’ determination, ambition and desire to be the best is synonymous with their work ethic and general approach to everything they take on in life.  Sounds exhausting!  But actually, what the best UK Prep schools and independent schools instil in students is a sort of boundless energy and self-belief – not to mention discipline – that sets them up for success.

It’s not just about the skills they learn or the facts they accumulate at school, but the attitude they develop.  These elements combined give graduates the head start that enables them to outstrip their peers.  And it’s probably why Eton has been able to generate 20 Prime Ministers to date.

Eton was established by King Henry VI in 1440 with the aim of giving 70 boys from less well-off families the opportunity to study at Cambridge University.  Almost 560 years later, it still prepares hundreds of boys every year for Oxbridge and Russell Group universities.  But with annual fees approaching £40,000 – its target market is a rather wealthier audience these days.

However, King Henry’s vision lives on and at any one time 70 boys of the total 1,300 pupils will be studying there free of charge, with a further 200 receiving financial assistance towards fees.  The school’s bursaries are based on parents’ means: their savings, investments and realisable assets, as well as their income, the size of their family, any other dependants plus additional factors. 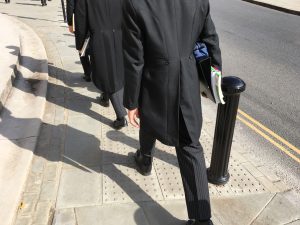 So the school is committed to broadening access, but entry is still based on academic ability.  Competition is high, with four applicants vying for each place every year.  Applications from overseas students have risen steadily over the last decade.  As part of its selection process, the school runs initial IQ tests and interviews for 10-year-old prospective pupils.  These are designed to identify boys’ natural abilities and to ascertain whether Eton will be the best environment for them.

To prosper at Eton, children need to be naturally academic and quick to process information.  They also need to be relatively independent because, unlike some UK public, private or independent schools, Eton is a full boarding school. This means that pupils stay at the school during term time, returning home only for school holidays or for ‘exeat’ weekends every few weeks (exeat is the Latin term used in UK schools to describe this authorised leave of absence from a boarding school). 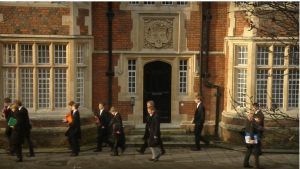 Boys enter Eton aged 13, but you need to apply before your son is 10.5, so planning ahead is crucial.  (If you miss that cut-off then you can apply to study A Levels at Eton from age 16.)  Following the initial IQ test and interview described above, the next part of the selection process is an online exam testing numerical, verbal and non-verbal ability.  The timing of this is staggered so that boys can sit the exam as close to their 11th birthday as possible.  Of the 1,000 or more applicants, 260 boys will be offered a definite place, with a further 120 places allocated on a waiting list system.

Their place is dependent on how many successful applicants accept the offer of a place.  There is one final test after the place is offered.  In Year 8, boys sit either the King’s Scholarship test or Eton test (or Common Entrance test in Maths, English, History, Geography, languages – French, Spanish, Latin or Greek- at 13+).  However, this is usually a formality.  Eton’s system of selection works well and almost everyone offered a place goes on to pass this next stage successfully.

The best preparation for Eton is to get your son into an excellent Prep school (such as Ludgrove, Sussex House, Aldro or Papplewick).  It can also help to arrange tutoring.  If you know the curriculum, you can do this yourself.  But the majority of parents recruit specialist tutors experienced in preparing pupils for top public schools. These tutors charge up to £100 per hour and are in great demand.  We mentioned planning ahead; it’s worth getting on a waiting list for tutoring before your child turns 10.

How much tutoring your child needs will depend on several factors: his natural academic ability; how quickly he can process new information and the work he’s covering at his Prep school.  As with anything – the more practice you get, the better you become.  However, we don’t advise over-tutoring any child.  Natural academic ability and a desire to process information based on theory and abstract thought (over more practical or technical tendencies) is the best indication of suitability for schools such as Eton.  The danger of over-tutoring is that you can put pressure on a child, push him beyond his natural ability and then find that he struggles to keep up in a fast-paced academic environment.

If you need advice on how to choose the right school for your child and how to apply successfully for a place, please get in touch.

Queenswood School – one for the girls 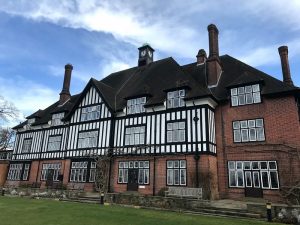 So far our focus has been on boys-only independent schools.  Queenswood School in Hertfordshire was founded in the late 19th Century and takes girls aged 11, 13 or 16 as day pupils or full boarders.  Margaret Thatcher, the longest-serving British Prime Minister of the 20th Century and the first woman ever in that role, sent her daughter to Queenswood.  Alumnus Alison Richard became the 344th (but only the second female!) Vice Chancellor of Cambridge University.  Renowned statistician Muriel Nissel won a scholarship to the school in the 1930s, leading to a first-class degree from Oxford and a career as a civil servant.  The school has also cultivated famous actresses like Helen McCrory OBE (The Queen, Harry Potter, Mother Father Son, Peaky Blinders, Loving Vincent) and generated television and sports presenters such as Natalie Pinkham and Georgie Thompson. You can see the same pattern of self-confident graduates thriving under pressure and flourishing in traditionally male-dominated roles.

Schools like Queenswood often invite prominent public figures to speak or visit theatre and other events which might encourage creativity and leadership qualities in their pupils.

Natalie Paris, who is one of the bright stars of the West End, recently judged the school singing competition at Queenswood. She faced the tough task of short-listing from an eclectic mix of songs that showcased the girls’ tastes and talents. From Bob Dylan’s ‘Make You Feel My Love’, to Lady Gaga’s ‘Always Remember Us This Way’ from the movie A Star is Born to ‘Consider Yourself’ from Oliver! to Caccini’s Ave Maria, each girl excelled in her chosen genre. 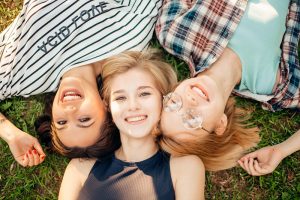 It’s a perfect example of how independent schools can provide excellent role models whilst giving pupils the choice to express their own personal preferences – all of which helps foster the confidence and self-belief we’ve discussed.

Natalie is currently starring in the West End sell-out musical ‘Six’ – a modern twist on Henry VIII’s six wives presented from their perspective as pop singers vying to become the group’s lead vocalist. Bizarre but brilliant! The show actually first took off in 2017 at the Edinburgh Fringe, which incidentally is currently running for the whole of August and makes for an unmatched cultural experience in a beautiful city. Find out more at www.edfringe.com. 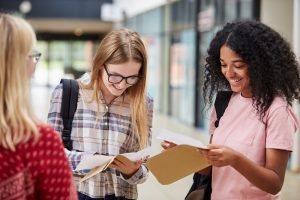 Parents and pupils alike will be feeling the pressure of results days, which are almost upon us. The 15th of August will be stressful for some, a relief for others.  These pivotal moments can feel as if they dictate your child’s whole future.  But of course they are just one stepping stone along the path to success.  For A Level students who didn’t achieve their hoped-for results, and who may have missed out on university offers, our chief message is: don’t panic!  You have plenty of options open to you…

I. Contact your first choice university.  If you only narrowly missed your target grade, you may still be accepted.  This depends on overall results of other applicants for the same course at the same establishment.

II. Contact your insurance choice with the same idea in mind.

III. Look at the ‘Clearing’ list on the UCAS website. This lists all the universities that have spaces on specific courses.  Have your UCAS student ID to hand and phone the universities with spaces on courses where you’d like to study.

IV. If none of the Clearing options appeal, you can always choose to re-take your exams and re-apply for the following year’s intake.

If your GCSE results, that will come out on the 22nd of August, are lower than you’d hoped and this means that you aren’t able to enter sixth form at your current or preferred school or college, talk to us because there are other options open to you too.  Many independent schools will consider sixth form entry based on a pupil’s aptitude as assessed by their own specific entrance exam rather than GCSE results.

Enjoy the rest of your summer and we look forward to embarking on a new academic year with you in September!