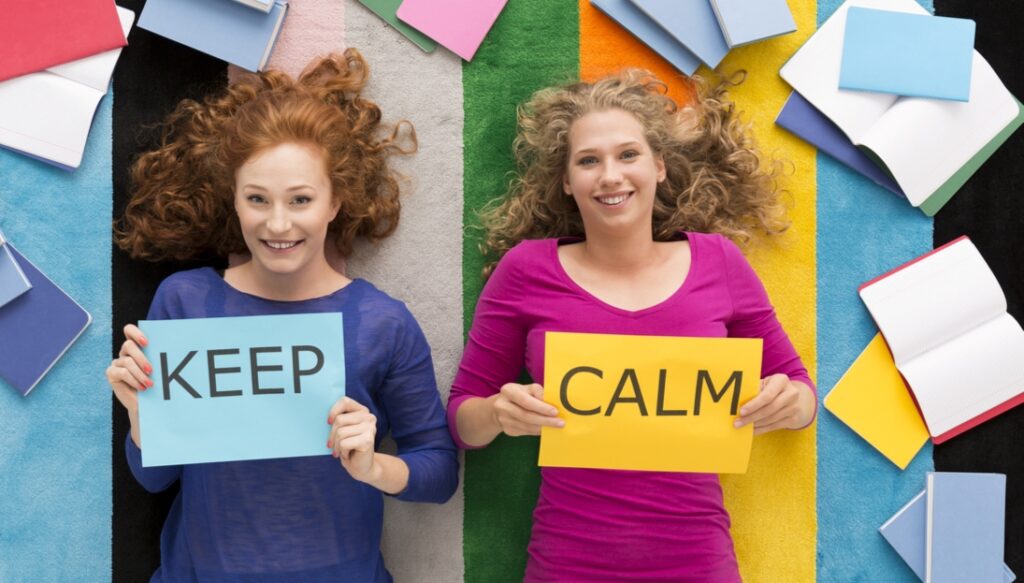 Welcome to your April issue. I hope you and your loved ones are keeping safe and well. Although signs of spring in the UK can help to lift spirits, we’re very aware it can be an unsettling time, even in a ‘normal’ year. And it feels like we haven’t had one of those in a very long time. So in this update, we’ll offer some ideas for supporting young people with exam stress and revision as well as exploring how we can keep supporting Ukrainian students.

School creates a new home for a refugee family

Rossall School in Fleetwood, Lancashire, worked with the local community to renovate a house on its grounds for a family of Ukrainian refugees. Students and staff had already raised funds to help Ukraine but wanted to do something more.

Headmaster Jeremy Quatermain said colleagues had seen the impact of the war on Ukrainian students at the school, who were increasingly anxious about their families, friends and homeland.

“We’re a school and the one thing we can do is provide a safe environment for children to learn,” said Mr Quatermain in an interview with the BBC. So the school signed up to the UK government’s Homes for Ukraine scheme and launched a renovation project on a house standing empty in the school grounds.

Students helped refurbish the property and build furniture for the family – a mum and two boys aged eight and three. The boys’ father had to remain in Ukraine to join the resistance.

These are among several private schools offering free-of-charge places to child refugees whose families have fled Ukraine. Colfe’s headmaster, Richard Russell, says pastoral care will be crucial and they’re supporting the children to settle in friendship groups with a buddy scheme and a school counsellor on standby.

One 13-year-old refugee said Colfe “distracted” her from the stress and fear she felt and that every day she has “fun with friends and learns new things in the classroom”.

Her uncle reports that “she comes back completely bubbly, talking and talking about the kids and the tutors.”

British universities doing their bit to support Ukrainian students too

Around 30 UK universities – including Birmingham, Bristol, Warwick, Aberystwyth, Edinburgh, St Andrews and Queen’s University Belfast – have expressed an interest in a twinning scheme. It would match UK higher education institutions with their counterparts in Ukraine to help students catch up on lost learning.

Helping refugee families find a school place for their children

For British families hosting or preparing to host Ukrainian families through the government’s ‘Homes for Ukraine’ scheme, here are a few tips about finding school places.

Refugee children have the same right to schooling as any other child, and Local Authorities (councils) must offer state school places without unreasonable delay. Your local council will be able to help and advise you and the family you’re hosting.

We can support you in this way too – do get in touch for a no-obligation chat if you’d like to talk through options.

For a more flexible form of learning, you could consider an online school. These fall into two main categories: schools that replicate a structured school day with live lessons online, and those that operate a distance learning model with regular online input from teachers. For Ukrainian students with good spoken and written English, the latter might feel less overwhelming right now. Especially for older students working towards important exams. But on the flip side, they won’t get chance to build a support network socially. It all depends on each child’s needs and preferences. We can help you work through all of this so do drop us a line. Online schools are privately run and charge fees. But some offer bursaries or financial back-up. And some have launched scholarship programmes specifically for displaced Ukrainian students. Contact us to find out more.

This will be a particularly tough year for those taking A Levels, as they didn’t have chance to sit their GCSEs because of Covid. This could be their first taste of public exams and as we know, the build-up to a new experience can sometimes seem more daunting than the experience itself. Listen to your child and validate their concerns, then see if you can work with them to reduce their worries. For example, later in the revision process, they might need more practice working in timed conditions than other cohorts who have already sat public exams by this stage.

Parents can’t take away exam stress – but you can help to reduce and direct it. Here are a few top tips…

According to the experts, if we feel stressed about something we’ll often avoid it altogether. Like a deer in headlights, or a “rabbit freezing in terror” as author of ‘The Student’s Guide to Exam Success’ Eileen Tracy puts it. The rabbit may not seem scared, she says, but it’s terrified and just can’t afford to show it. She says that by removing specific targets and sitting down with your child for 45 minutes or so, you can reduce the pressure and help get them focused on their studies again. But she warns against inadvertently passing your own exam anxiety on with comments like “shouldn’t you be revising?”

Re-thinking the May half-term

Teenagers may say they’ll be fine at home while the rest of you push off on holiday. But leaving them alone might not be the best solution – nor might dragging them along on holiday with you. Some people find it hard to focus in a new environment. They might need the reassuring routine of home comforts more than ever in the run up to exams. Talk to your teenager and work out what would suit them best. We can help with tutoring if they’re stuck on a specific subject and need to boost their confidence before or after mocks.

Being there in the background

Head of Malvern St James Girls’ School in Worcestershire, Olivera Raraty, says it’s about “being there in the background, looking after them emotionally, and helping them be in control”. Asking how you can help, rather than questioning their system or trying to tidy up a dining table covered in post-it notes. Bringing them cups of tea and offering their favourite food. Your belief in them will boost their confidence. But also let them know there’ll always be a solution, whatever the outcome of their exams.

It’s easy to react to stress and worry by overworking. But Tracy says teenagers should guard against burnout. She advises parents to emphasise the benefits of breaks – of exercise, good nutrition and down time to recharge your brain. She recommends encouraging your child to share their revision timetable with you. Not so you can suggest changes (see above section about not questioning their system!) but so you can support them to see what’s most effective and achievable for them on a day-by-day basis.

Dr Guy Meadows, co-founder of Sleep School, says a healthy sleep routine is all part of exam prep too. Pulling all-nighters to cram revision not only limits your ability to focus, but it effects how well you can consolidate memories and recall what you’ve learnt when you need it. He says ideally 14–18 year olds should get around nine hours’ sleep per night, and suggests parents encourage teens to wake up at the same time every day during revision periods. He recommends winding down with screen-free time, ideally one to hours before trying to get to sleep. If your teenager favours late nights and late starts, try to move things back by increments of 15 mins per day. Otherwise, that 9am exam is going to be a shock!

If you have any concerns about exams or next steps, please do get in touch.