Welcome to your June update. The summer has finally arrived in the UK! I hope that, wherever you are in the world, you’re able to plan with a bit more confidence for the summer holidays and beyond. If you need any help researching or arranging holiday options that combine education, culture and fun, do get in touch.

It’s been a tough fifteen months or more, and it’s still not straightforward for students, especially those attending UK schools and universities from overseas and others progressing through key milestones such as GCSEs and A Levels. If you have any concerns or queries, please don’t hesitate to get in touch.

As we look ahead to a new, more ‘normal’ academic year from September, we thought it would be a good time to focus on the positives that a UK independent education can provide.

We know that for many people, it’s the sense of tradition – the history, heritage and prestige offered by UK independent schools that boast many Prime Ministers, Royals and pioneers among their alumni – that’s important. And excellent resources, outstanding teaching and a proven track record of academic success go hand in hand with that heritage.

But it’s really the flip side of that – a willingness to break with tradition and try new, innovative ways to teach – that gives independent schools the edge when it comes to preparing young people for successful, fulfilling careers, relationships and futures in the modern world. 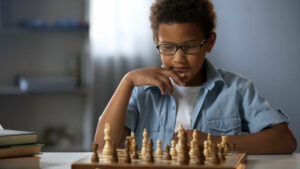 We reported on the rise in popularity of chess, both in schools and in society at large, in our December 2020 blog. The latter was partly fuelled by last year’s Netflix mini-series The Queen’s Gambit; the former is based on evidence that playing chess improves children’s cognitive, emotional, mathematics and problem-solving skills. Cargill School became the first in Scotland to add chess to its curriculum last month. The Chess in Schools and Communities charity (www.chessinschools.co.uk) says it’s helping to empower thousands of children through chess, improving educational outcomes and social development with the world’s oldest game at more than 1,000 schools across the UK. And 97% of teachers agree!

From the slow-paced, focused demands of centuries-old chess – to the modern phenomenon that is TikTok! Publishing House Penguin says it might seem a strange place to look for books, but actually the short, sharp, concise nature of TikTok might be the perfect medium to share favourite reads and reach a wider audience.

TikTok is all about putting across a visual message, via video, as quickly and concisely as possible. Humour can be a key – but not compulsory – component. Could these book-loving TikTok aficionados (BookTokkers) convert a reluctant reader into an eager one?

Whether or not that’s the case (but do let me know if you find it to be true!) –what I like about this article from Penguin is that it highlights the importance of skill sets we often overlook, but which are actually crucial to success in our fast-paced, interconnected society.

The ability to understand, then paraphrase and abridge, and finally present in a different format altogether, underpins success in so many fields. It’s an under-rated but very valuable skill, and it’s linked to emotional intelligence because it’s the precursor of recognising someone’s preferred method of communication and using it to communicate with them as effectively as possible.

How do you win someone over, negotiate a deal, spur a team on to success, or quickly convey complex information to a non-specialist if you don’t have those skills? I’m not proposing barristers, surgeons and football managers should take to TikTok – but there is a more serious analogy to the fun-loving (some might say time-wasting!) technology. And that’s this ability to analyse and re-synthesise something long and complicated in a way that works for everyone involved.

The UK’s independent schools are not afraid to teach this skill, which comes from self-confidence combined with a willingness to consider different perspectives, as well as fast-paced cognitive function and emotional intelligence.

The confidence to communicate 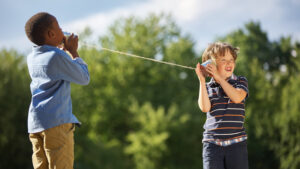 On the subject of instilling confidence and the skills to articulate sensitively and eloquently what you think, believe and know, the UK’s independent schools are well set up to support their students. They generally have more flexibility and freedom than their state counterparts to address issues in this area identified by research, such as a survey commissioned by The Communication Trust. It found that on average a pupil will only contribute four words in any one lesson. Spoken words, that is. Vincent Rice, literacy coordinator at AKS Lytham Prep School, argues that is insufficient to build pupils’ confidence

and ability to communicate verbally. He believes, and I agree, that oral and aural communication (i.e. speaking and listening) is the “foundation for human interaction… the core of what is done in business, life and in relationships.”

Independent Schools have the resources, the extra-curricular set up and often the optimum class sizes to ensure that all pupils can develop their verbal and aural communication skills. Whether that’s through class discussion, debating society or group presentations. 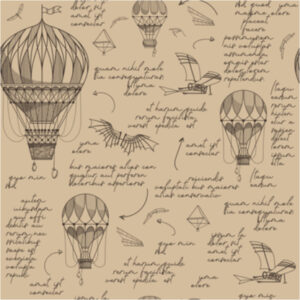 Who says art and science should be separate? Look at Leonardo da Vinci after all – creator of the world’s most famous painting (the enigmatic Mona Lisa) and a scientist, engineer and would-be inventor who conceptualised flying machines, a type of tank, and probably the predecessor of the calculator too. Most of his designs were so pioneering that they couldn’t be constructed during his lifetime, since the practice of engineering and metallurgy had yet to catch

up with the brilliant ideas he proposed around 500 years ago.

Half a millennium later, Susan McFarlane, head of art at Bedales Prep, Dunhurst, explains why the school favours STEAM over STEM – “the A stressing the value of the arts and humanities to the understanding of science, technology, and in fact pretty much everything,” she says.

As we mentioned in last month’s blog, Bedale’s takes an innovative approach to education, encouraging pupils to “develop a facility for understanding their subjects from as many different perspectives as possible.” The school’s premise is that the modern world requires versatile, imaginative and creative people to solve its problems and a holistic approach to learning fosters a holistic approach to problem-solving. Using the great polymath Leonardo as inspiration, the school held a week-long STEAM celebration of his life and works, looking at his love of botany, anatomical and wildlife-inspired observational drawing; designing and making aeroplanes, bridges, buildings and parachutes; and learning about the human body, before exploring other important interconnections between art and science – such as scientific discoveries around light and colour that inspired the 19th Century Impressionists.

Researchers in education at the universities of Cambridge and Edinburgh agree that evidence suggests subjects should not always be taught independently. A paper published in the journal Curriculum Perspectivesshowed how South African teenagers successfully applied mathematical principles (including measurement, ratio and proportion, and geometry) to creating art. Another project, in Aberdeen, saw school children grow food as they learnt about food security and protecting the environment. Researchers say linking the theories with the practice of growing plants gave the otherwise abstract concepts a sense of personal ownership and urgency: the plants’ survival became personal.

I love that Leonardo is inspiring new generations of polymaths centuries later.

Tip-top of the pops

In last month’s Brit’s Awards (one of the UK government’s test events to see how large gatherings could look as lockdown restrictions ease) two of the five nominees in the female solo artist category attended independent schools. And that’s a pattern that has persisted for the last four years.

As well as being shortlisted for best female, 20-year-old Arlo Parks, from Hammersmith, west London, was also in the running for breakthrough artist and album of the year, with her debut album Collapsed in Sunbeams. Arlo (whose real name is Anaïs Marinho) studied at Latymer Upper before taking A-levels at Ashbourne, a private sixth form college in Kensington. She was pipped to the post by established artist Dua Lipa for best female and best album but bagged the Brit award for best breakthrough.

The star behind the silver screen 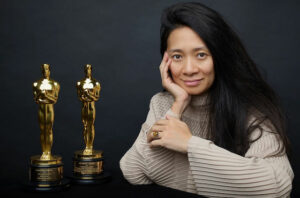 Only the month before, Chinese-born and Brighton-schooled film director Chloé Zhao had won best picture at the Academy Awards for Nomadland. Her victory made her the second woman in the Awards’ 93-year history to win an Oscar for directing.

Chloe attended Brighton College in the late 1990s and when she joined aged 14, she knew hardly any English.  Her teachers and her surrogate ‘parent’ at the school, now its deputy registrar, Alison Withers, says she was endlessly curious and determined, wanting to know “why things were done in a certain way… how things worked.”

It must have been a huge challenge to master a new language and keep on top of her studies – all of which were being taught in that language. Chloe made reference to that sense of being “an outsider” in her acceptance speech, saying she was drawn to telling stories of people on the periphery because of her own experience and upbringing.

But far from being daunted, says Withers, Chloe thrived in her new environment, mastered new skills and maintained her self-questioning stance.

Maybe it was that combination of qualities – some innate, some fostered at Brighton College – that gave her the resilience and skills needed to thrive and excel in her chosen field.

Because as well as her win, she was also commended for having drawn the winning best actress performance from Nomadland’s leading actress Frances McDormand. I rest my case about an independent education empowering pupils to excel in their chosen field and fulfil their own potential – and recognise, embrace and empower others to do the same.

If you’d like to talk to us about the best school to suit your child’s learning style and aspirations – please get in touch for a no-obligation chat.