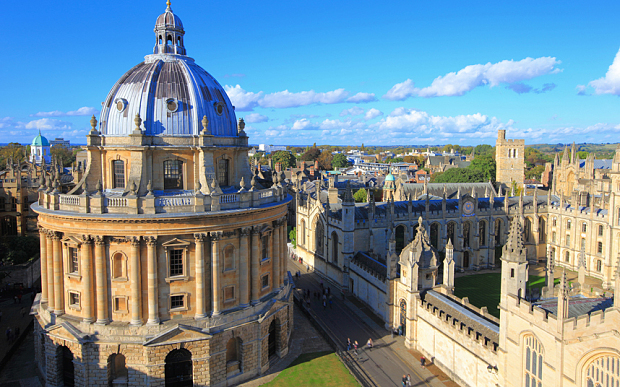 The top 200 universities in Europe have been published in new rankings today; revealing that the UK is leading the way with nearly a quarter of all places on the list.

However, despite the UK having 46 institutions in the top 200, Germany is catching up, with 36 universities in the rankings and a spot in the top 10, according to the Times Higher Education (THE).

According to the figures, the University of Oxford is the top ranked institution in Europe, while the University of Cambridge is placed second, with Imperial College London taking third.
Also in the top 10 are University College London, London School of Economics and Political Science, the University of Edinburgh and King’s College London. The German university, LMU Munich, ranks in tenth place while Sweden and Switzerland are also represented.
Scandinavian countries performed well in the rankings with Sweden and Finland having six and 11 institutions respectively in the top 200.Russia, however, was “the surprise underperformer”, with just five institutions in the top 200, making it the lowest-ranked country relative to its population and Gross Domestic Product – although it ranks highly relative to its GDP per capita.
However, despite leading the rankings, Phil Baty, THE rankings editor, said Germany was a serious challenger to the UK due to the scrapping of tuition fees and the high number of taught English degrees offered.

“International students are hugely important to the health of the UK higher education system and the wider economy.”
Phil Baty

Mr Baty said: “International students are hugely important to the health of the UK higher education system and the wider economy. They spend about £4.5 billion on tuition fees and accommodation alone, but they also add much to the overall student experience by supporting a rich, multicultural campus life for all students. But this vital lifeline is increasingly at risk – for the first time this year the UK saw international student numbers stagnate, with significant drops from some countries.”
He warned: “Not only are our restrictive immigration policies and the noisy rhetoric surrounding the issue leading many students to perceive that they are not welcome in the UK, we are also seeing the increasing popularity of European universities which are often just as highly ranked as their UK competitors but also much, much cheaper to study with.”

Please get in touch for help and advice on university applications in the UK. You can speak with me, Tanya Ellis on +447969385028, Skype regencyeducation or email us on contactus@regencyeducation.co.uk